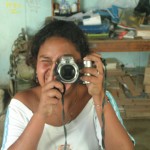 Hi my name is Cinthia and I am an ex-photographer from FairMail Perú.

I entered FairMail when I was about 15 years old, and I tell you that we met Janneke and Pèter, both Dutch, when they where volunteering for a NGO called ACJ (asociación cristiana de jóvenes del Peru), and Mundo de Ninos.

Seeing that we where curious about having a camera in our hands they had the great idea in their little heads that told them “these kids need a camera in their hands” and like that their dream became reality. 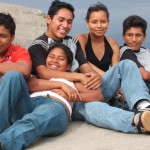 The first FairMail teenagers, including Cinthia

What happened after that? Their thoughts became reality and we started with 14 or 15 kids of which only 4 got to stay. I was one of them, together with a friend called Rosita and two friends called Luis and David. We all made use of this great oppertunity given to us by people who gave us information about photography, who where our teachers. In the beginning they themselves taught us and after that came the volunteers, mainly from Holland. Well time passed and we went on photography trips to take more great pictures. These pictures made a big transformation to become postcards even for export! This created an income but with a few conditions attached. As the kids that participate in this business called FairMail (correo justo) we are have little economic means, and this money is divided in different parts like: education fund, cloathing fund, housing fund and health fund. 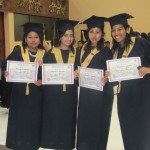 Thanks to the help of the postcards and the people who bought them we where able to acheive many things that perhaps our parents wouldn’t have been abot to give us on the long term.

I Cinthia Vega thank janneke, Peter, and all of those who help us. Thanks to the sale of my cards and the profit that came from them I bought my own computer which helped me a lot to do my school work. Of course I also started studyiny at an institute in Trujillo called  ”Cevatur Trujillo”. And after three years I finished my career and now I am doing my practical period at the Temple of the Sun and the Moon, an historic site. And I also work as guide on FairMail’s photography trips. 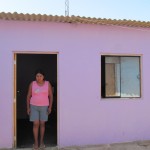 But that’s not all. I can also tell you that when you turn 19 years old your participation in FairMail ends. But they gave me the opportunity to keep on working as assistant manager. That way I managed to save the 1.100 soles (300 euros) for the construcion of my own sleeping room and I keep earning money from the sale of my cards.

A thousand thanks to all of you. I love you

If you want to read more about Cinthia, watch her pictures or buy her cards: click here. 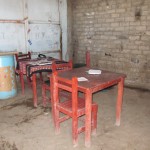 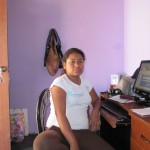 The inside of Cinthia's new bedroom