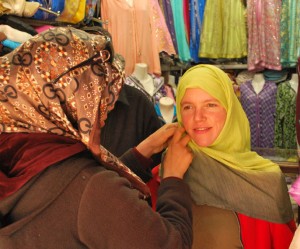 The decision is final: On the first of September 2012 FairMail Morocco will open its doors in the small Moroccan city of Essaouira. Peter and Janneke were able to make this decision listening to both their mind and their heart after their three week orientation visit to Morocco. During this period they visited 5 potential places and 10 potential local cooperation partners. Essaouira ended in first place in the end. Mainly because of the very good match with three local organisations that already work with “deprived teenagers”. They have committed themselves to help preselect suitable FairMail teenagers. These organisations work with street children, victims of sex tourism, children who are being exploited as workers by their parents and employers and children who belong to poor families from the historic medina. 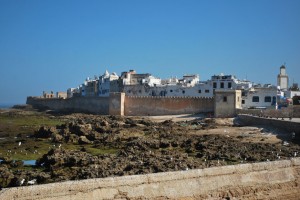 The beautiful city of Essaouira

Besides the suitable local partners the choice for Essaouira was also made because it is such an incredibly photogenic little city with miraculous light. The city is surrounded by a medieval wall, has a traditional and bustling medina, a very attractive fishing harbour and a beautiful long, wide beach (click here for a nice video about the place). Also in the direct surroundings enough places can be found for small photography excursions with the teenagers. 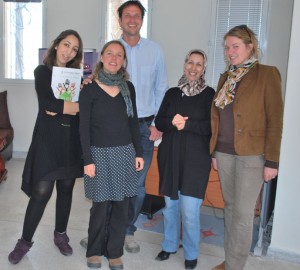 A meeting with Bayti, Morocco

The coming months FairMail will prepare itself by learning Darija (Moroccan Arabic dialect), look for a local manager and an office. So on the first of September the photography classes can start. And then just hope and work hard that it won’t be long for the first Moroccan pictures can be found in shops printed on a FairMail card.

These good results would never have been possible without the (often spontanious) help of many very hospitable inhabitants of Morocco. A big “Shukran” goes out to Kauotar, Asmaa, Fairouz, Naima, Bedrredine, Malika, Ali, Saida, Hassan, Natalie, Amina, Jes and Paolo.