Schools in Peru closed early due to “El Nino” 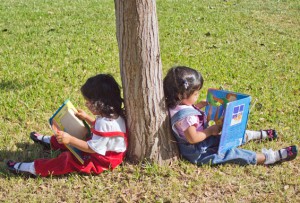 In Peru the school year normally ends in December. However, this year the Peruvian government decided to speed things up with classes 6 days a week so they could already finish in November. This way the government hoped to finish the exams in time for the heavy “El Nino” rains that are expected to start in December. These would most likely mean that a large part of the students can’t make it to school for their final exams due to expected floodings.

During the last big “El Nino” in 1998 Huanchaco became isolated due to dry river beds turning into raging rivers, displacing many families who had nowhere else to build their homes. Fingers crossed this time it won’t be so devastating and that the preventive measures will prevent similar tragedies.

Although the final report cards aren’t in yet it seems that all of the current FairMail teenagers in Peru passed on to the next grade this year. Hurray! Even Dante who broke his right arm in a soccer match last month managed to finish primary school as he was allowed to do his final exams orally. 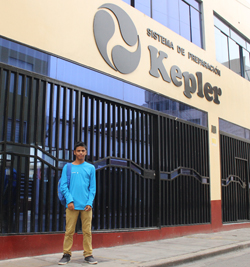 In the meantime, two high school graduates from earlier this year, Juan Gabriel and Maria de los Angeles, are preparing themselves for the big entry exam for the National University (UNT) in March next year. On average only the top 10% with the highest scores are allowed into the UNT.

As 17 year old Juan Gabriel finished high school studying only in the weekends he has a lot of catching up to do. With his part of the earnings from the sale of his FairMail cards he is now studying at the Kepler academy in Trujillo 6 days a week. Besides teaching him new subjects which he never learned before he also gets to practice a lot of old exams. Every week his test results are increasing so he seems to be on the right track for the March exam.

In the meantime, 18 year old Angeles is choosing a different route. Unfortunately, she didn’t get a high enough score in last March’s admission exam due to nerves. Therefore, this time she is studying at the CEPUNT institute. This is a very competitive institute which guarantees direct entry into the university for the students with the highest average marks after 3 partial exams. If she manages to finish in the top 8 of over 60 CEPUNT students who want to study social work like Angeles does she will enter the university directly. She finished in 18th place after the first partial exam, so Angeles still has a lot of work to do. Fingers crossed for her next partial exam coming Sunday.