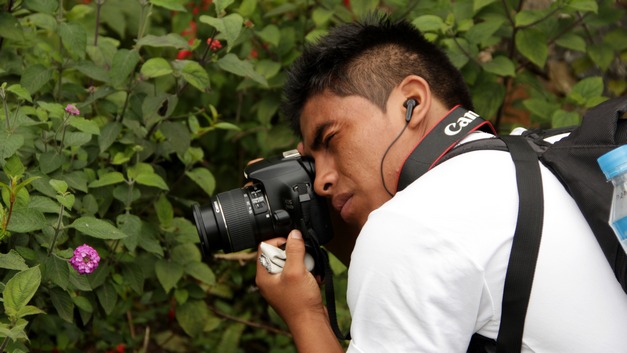 “I managed to finish high school. Now I want to study to become a driver for big trucks.”

Hi my name is Jorge and I am 18 years old. In the beginning of 2014 they stole my mobile phone, I broke my tooth in the swimming pool and I lost a family member: my uncle died because of cancer.

The good thing of 2014 is that I managed to finish high school. Now I want to study to become a driver for big trucks and road building machinery.

In the future I want to have my own bakery and also rent out rooms in Cajabamba where I used to live.

Last year I had several things happening to me with bad luck. On the FairMail trip I broke my tooth when we were playing in a swimming pool and I lost the tooth ... .I also lost my camera battery and my phone was stolen. In my family we also had difficult months because my uncle has cancer, this news was a big shock in the whole family.

Something nice was that in June I turned 18 and I celebrated that with a big party at my house with my mom, sisters and brother, uncles, aunts and friends including some friends from FairMail.

The coming months I want to improve all the things and problems that have happened, I want to work hard in my job and at school because I know that I don’t give all I have yet. This year I will finish high school and then I want to study something technical. I want to focus on what I want. When I finish my study I hope to find a steady job.

Last year I entered the CPROT to study Hotel and Tourism. The module that fascinates me most is Bartender and Customer Service. For Customer Service we had to participate in events and there we could receive a diploma if we did it well. I ended on one of the top 3 positions as bartender, I really like to invent drinks.

What was difficult in 2011 is that in April I lost my father, he died. He always wanted to do the best for my family and build my house in Cajabamba. What I want to accomplish in 2012 is to end in first place as bartender because I am fascinated about making drinks and not drinking them. I also want to make more cards to build my house in Trujillo or Cajabamba.

I wasn't happy living in my home and I decided to live on the street instead. My life changed when I found out about a social project that gave me the opportunity to study. Now I have good grades in school and thanks to the social project I also found out about FairMail. They give me work and a way to save money that will help me achieve my goals. With my grades and savings I want to apply to be a police chief! I also want to travel to other countries like Holland, Italy and England.

Hello my friends, my name is Jorge Vladirmir Escobedo Robles. I was born in Cajambaba, a village in the Peruvian Andes. I am 13 years old and studying in the José Olaya school in Huanchaco where I am currently in fifth grade of primary school.I have 1 brother and two sisters. I am the third of the lot. I am very happy to be in FairMail. I made new friends and already have my first postcard! With the money I earn in FairMail I want to finish my school and then become a police officer. I also want to construct my own house with the money. That's all.

*for more about the kids in the boys home Mundo de Ninos, see www.mundodeninos.org.

(the staff says about the boys: they are brave and have the will to change their lives. They come from a surrounding of drugs, criminality and other sorts of antisocial behavior but they are doing their best to integrate in the life of this home, to respect its values and rules, to go to school and to search for a personal and professional future). 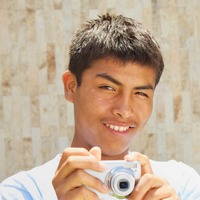